As a functional adult human over the age of 16, I have little knowledge of the super group sensation One Direction. I don’t listen to the radio and for legal reasons I try my best to avoid spending time with teenage girls and as such I avoided what Huffington Post described as “the year of One Direction.” I’ve really tried to avoid pop saturation this year. I’ve never heard “Call Me, Maybe” all the way through and I cannot name more than one Rihanna song with the word ‘diamond’ in the title. Oh, actually I was just told that every Rihanna song now how the word ‘diamond’ somewhere in the title. My point is, I’ve tried really hard to stay uninformed, to remain untainted by the mythical wonders that are One Direction. So what happened when my co-worker told me there was a video that I just had to watch? My life took on a new direction…One Direction.

Omigod they are so zany!

Holy shit tacos. They are fucking cute. They are Justin Beiber cute. But they’re better than Justin Beiber because there are tons of them! Just singing! To me! They. Are. All. Singing. To. Me. Forever.

“Please, we beg you, leddus outta owr cayge”- One Direction (reread using British, Irish, or Scottish accent…whatever works best for your inside head reading in an accent voice)

After watching every One Direction video known to mankind (and some not known to mankind because they are fan videos I made in a rented U-Haul truck filled with Taylor Swift voodoo dolls) I am in LOVE. A deep love. A real love. A love that is normal, and not weird, and not perverted, and not anything like Courtney Stodden and Doug Hutchinson’s love. It’s a love that must be shared.

Hahaha what?! I think you mean YES.

But alas, my love has boundaries. And there are some members of One Direction that maybe don’t deserve my love?  Maybe they don’t seem like they enjoy being locked in a boy-sized bird cage inside my rented U-Haul and asked to perform “What Makes You Beautiful” for 20 hours straight? Maybe they would enjoy a lightning elimination round of my favorite game…fuck, marry, or kill?

And maybe I’ll kill you?

Niall Horan: I just misspelled his name in Google and this is what I found…Cornelius “Neil” Horan, sometimes referred to as The Grand Prix Priest or The Dancing Priest (born 22 April 1947), is a laicized Irish Roman Catholic priest who is noted for his interference with the running of the 2003 British Grand Prix and the 2004 Summer Olympics men’s marathon in order to promote his religious belief that the end of the world is near. He went on to appear on Britain’s Got Talent in May 2009. He danced a soft jig on the show, received a standing ovation by the audience and was put through to the next round. He did not make the live semi-finals.

He really macks it to the older One Direction fan demographic.

The real Niall Horan is very boring, cries a lot, does not like eating bird seed out of my hand, has clear braces, and has an ex-girlfriend that was the victim of a cruel internet rumor claiming she had died of cancer.

His memorable quotes include: “Well, personally, I wouldn’t like to be a food, because I wouldn’t want to be eaten.” Ugh. 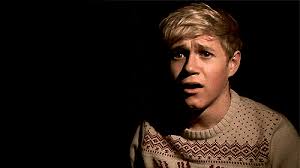 Zayn Malik: His birthname is Zain Malik. He goes by the nickname “Zaynster” and/or “Bradford Bad Boy”. He has multiple tattoos including a ying-yang symbol, a bandana and a Japanese character tattoo on his hip. He does not enjoy being poked with a long wooden stick while he sits on a perch inside a bird cage in a hot van. But he’s Arabian and that’s kinda sexy.

Is this legal to look at?

Liam Payne: He was born in 1993. His nickname is Daddy Direction (creepy but I like it), and he has REALLY emo tattoos. His greatest fear is spoons. The only thing separating him from his freedom right now is the beautiful beaded spoon curtain I bought off Etsy.com and hung in front of his cage door.

The other thing separating him from his freedom is thing giant plastic ball floating on top of an alligator pit outside the door of my van.

Louis Tomlinson: Nicknamed Boobear. Has tattoos of stick figures falling off of skateboards. Like girls who “eat carrots”…ok, let’s just stop it right there. This kid is a major turd burger.

What does that even mean?

Harry Styles: My beautiful baby. My sweet boy. Harry is all that is right in the sad, sad world. His tattoos are weird as fuck but they are but additional places to kiss on his sweet, little body. His hair looks like it was styled by two glorious angels fucking gently upon his head and his eyes look like they are lit by the torches that guide the way to Heaven. Verdict: I would fuck him, then marry him and then kill him because when you really love somebody, when you really care, you have to take their lives and wear their skin around your rented U-Haul until it’s crunchy. Right?

Nothing could be more right.